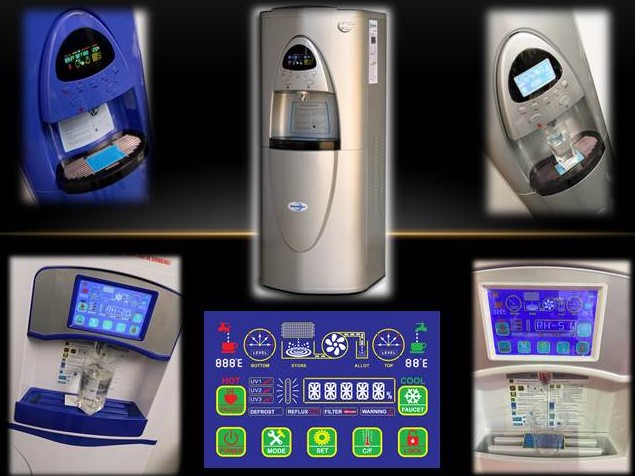 Beverly Hills, California Apr 9, 2021 (Issuewire.com) – Declining availability of freshwater and depleting water resources coupled with growing infrastructure development is expected to increase demand for freshwater for industrial as well as drinking purposes. This factor is anticipated to drive the atmospheric water generator market size for the next seven years.

It is currently estimated to 19422.3 m3/ person/ year. Rising temperatures coupled with scanty rainfall have led to the drying of river beds and lakes causing water shortage. In addition, growing industrialization and infrastructure development, particularly in developing countries, has led to water scarcity. This factor is also likely to drive the atmospheric water generator market demand.

Government policies and initiatives such as the Safe Drinking Water Act in the US, the Drinking Water Directive in the EU nations, DWQS in Japan, and National Rural Drinking Water Program in India are all aimed at supporting AWG market growth by ensuring safe potable water availability for the populace. According to WHO statistics, over 50% of global pollution is affected by water-borne diseases. As a result, water generated through AWG systems is an effective alternative providing contaminant-free water by condensing filtered air through various filtration processes.

A high amount of electricity required for AWG systems such as dehumidifier, evaporator, and condenser makes it a non-feasible option in some regions with high electricity costs. Greenhouse gases (GNG) emission released by coal or another non-renewable form of energy poses’ threat to the environment. Investment in research to develop low-cost and clean technology is likely to open new growth avenues for the AWG market.

Cooling condensation was the dominant machine type and generated revenue estimated at over USD 750 million in 2014. Higher output efficiency coupled with the widespread availability of these machines contributed to its dominant share. Technology innovation related to reducing power consumption coupled with manufacturing machines with onboard power supply is likely to drive cooling condensation systems.

Wet desiccation machines consisted of over 2500 units globally in 2014 and are likely to grow at significant rates with more than 40% CAGR from 2015 to 2022. Technology upgrade related to the replacement of crystalline brine salt with liquid brine in order to improve humidity extraction from the air is anticipated to increase demand over the next seven years.

The residential atmospheric water generator market witnessed the largest installation of these systems with a total number of consolidated installations crossing 100,000 units in 2014. Increasing consumer awareness regarding the technology befits of these systems are likely to drive atmospheric water generator market growth in residential applications.

Industrial applications accounted for more than 25% of the total demand and are likely to witness growth rates at an estimated CAGR of over 37% from 2015 to 2022. They are primarily employed in Oil & Gas industries particularly in the Middle East an industry that requires a water output of over 20,000gallons/day.

The Asia Pacific, driven by Thailand and China’s atmospheric water generator market size, was the dominant region valuation of over USD 400 million in 2014. Increasing residential & commercial spending in regions such as India, UAE, Philippines, South Africa, and Indonesia is likely to drive regional demand. Factors such as the presence of a vast number of component manufacturers coupled with the availability of low manufacturing & labor costs are also likely to fuel demand.

The Middle East & Africa (MEA) atmospheric water generator market share accounted for more than 27% of the total demand in 2014 and is likely to witness the highest gains at a CAGR of over 38% up to 2022. Freshwater reserve deficits in the region coupled with high investment cost for installing desalination plants is likely to drive AGY system demand in MEA.

Companies such as WaterMicronWorld International are engaged in atmospheric water generator manufacturing.

WaterMicronWorld is the leader in the manufacture, marketing, and distribution of highly advanced atmospheric water generators that extract the moisture from the air and converts it into clean, pure drinking water. Water, essential for all aspects of life, is the world’s most valuable commodity and is becoming increasingly scarce.

The population of the world continues to increase, yet the clean and drinkable water supply continues to decrease. Throughout history, humans have always looked down while looking for a source for their water needs. They have always extracted from holes in the ground, wells, ponds, lakes, rivers, and aquifers. All of these sources have one thing in common, which is that we are taking water out faster than nature can replace it.

WaterMicronWorld International brings an ecologically friendly and new source of pure drinking water to industry, businesses, and home users alike. WaterMicronWorld International provides truly affordable, state-of-the-art technology that is easy to operate and maintain. The technology taps into a water source that does not place more demands on Mother Earth-Pure water from the air we breathe!

This home/office atmospheric water generator machine is a humidity and temperature-driven self-contained unit making water from the air.

The AWG-88HK generates up to 30 liters of pure drinking water per day depending on the specific atmospheric conditions of a particular geographic region.

This machine can reliably manufacture pure fresh drinking water in environmental humidity levels as low as 25%. WaterMicronWorld International AWG-88HK is the solution for a growing demand to supply safe and pure drinking water worldwide.

The solution is to extract water from a new source, one that is plentiful, renewable, and accessible to most people around the world. WaterMicronWorld International is committed to provide pure drinking water around the world to all those people that need it most and to provide critical emergency pure drinking water to first responders, relief agencies, and government institutions. 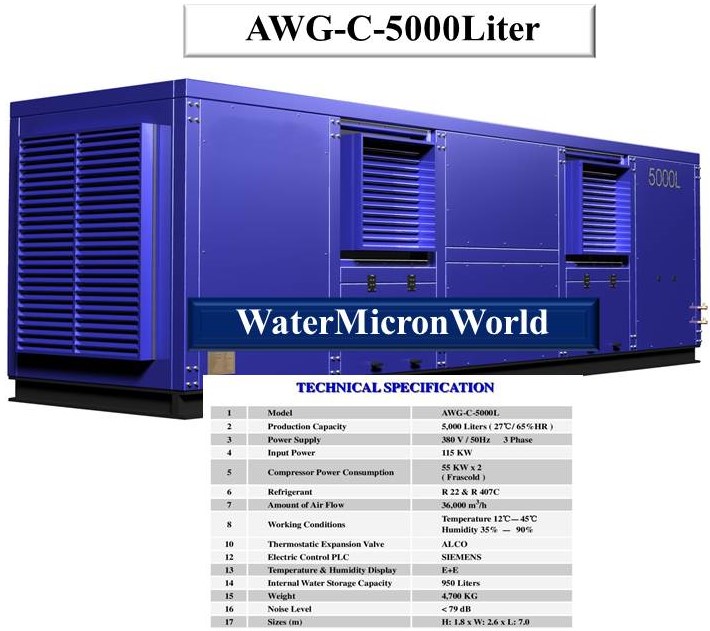 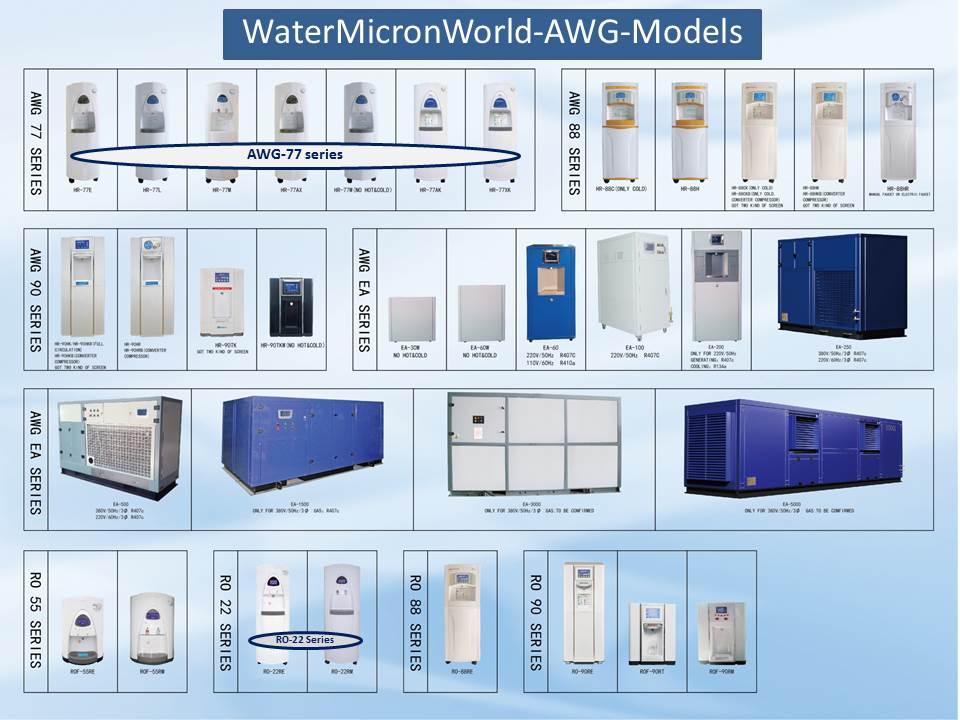 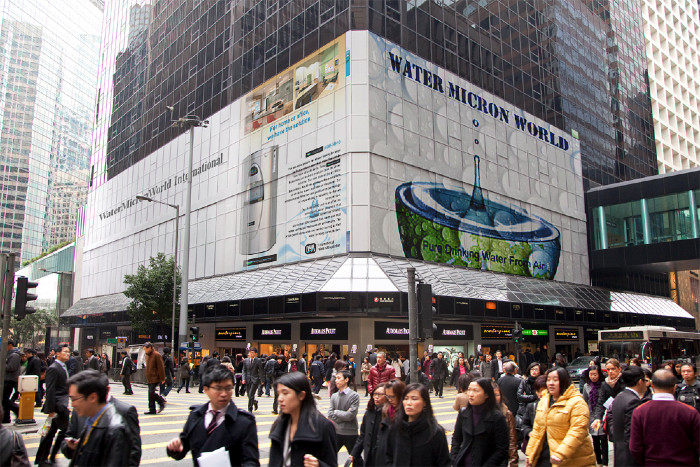 This article was originally published by IssueWire. Read the original article here.